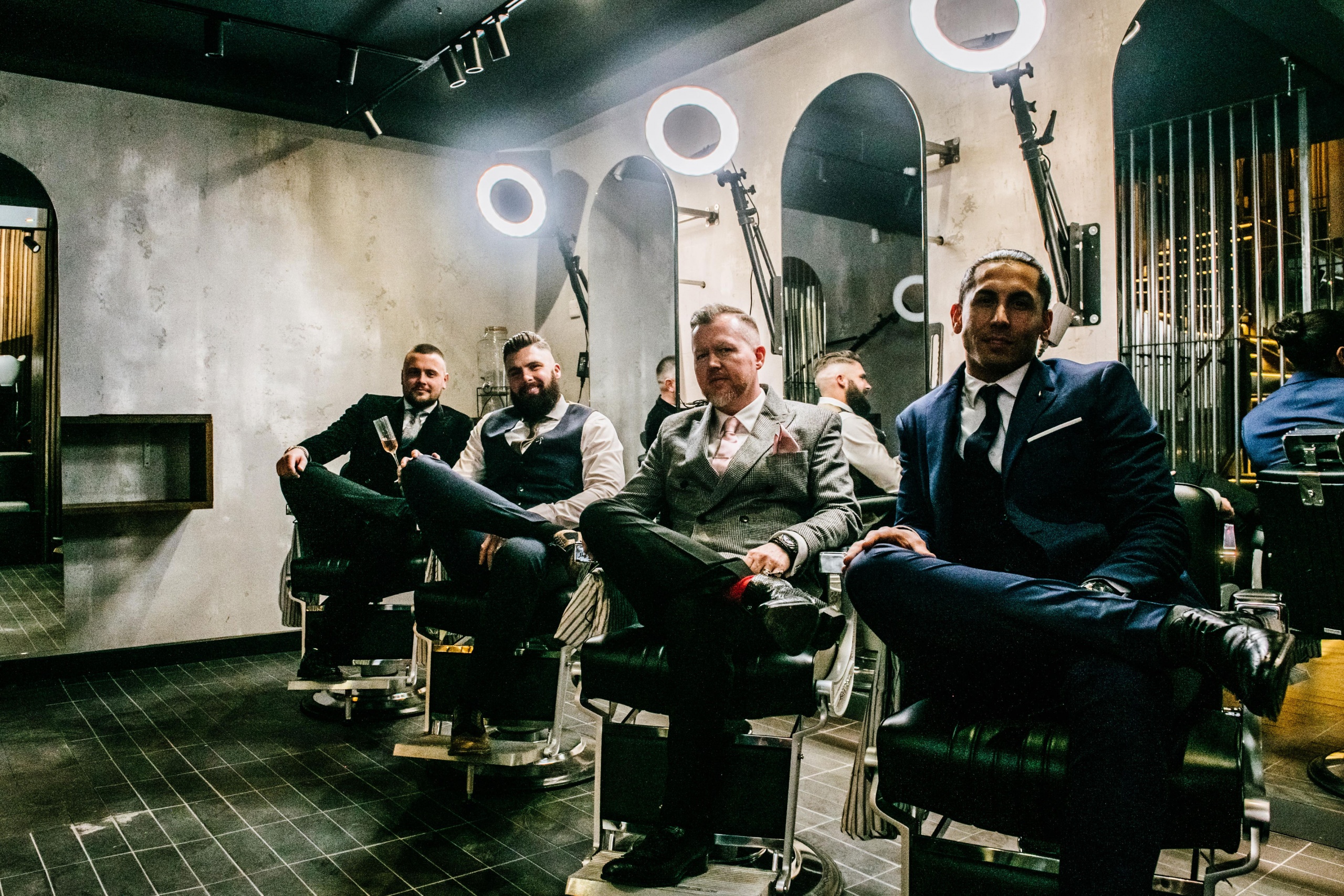 A write up by Daisy Miles @ Manchester Finest

The number of new openings in Manchester is showing no sign of slowing down any time soon, as
the city welcomed another new venue to the fold last weekend.

One Eight Six is a barbershop with a twist, as underneath its row of barbers’ chairs sits an all-night drinking den which will cater to Manchester’s late-night party vibe.

Located right in the very heart of the city centre, the venue occupies the vacant Grade II-listed 186
Deansgate building – and will provide a full hair cutting and styling service seven days a week, doubling up as a live music bar when night falls.

One Eight Six has been conceptualised by renowned local entrepreneur Dean Mac, who has entertained the city for a decade with his live music entertainment Co-Founder Dean said: “Manchester’s night-time economy has never been more thriving, and so we felt it was the perfect time to bring something a little bit different to the mix.”

“We loved the idea of two venues in one and wanted to offer people unrivalled experiences and
something edgy but decidedly sophisticated – so One Eight Six was born.

The jewel in One Eight Six’s crown is without doubt the programme of live music we’ll be hosting; we’ve got a unique programme including Motown Mondays, ‘The Sublime Seven’ & some brilliant acts already lined up and are excited to share the full schedule as soon as we open our doors.”

Dean will curate the live music offering, bringing a rotating line-up of musicians to the bar each week.

The barbershop element of the venue will be headed up by Scott Patel, who already has his own successful barber shop in Horwich for over 12 years.

Scott will oversee the shop with 8 chairs which will be operational 7am-7pm, seven days a week. Scott added: “To be given the opportunity to open a barbershop in Manchester city centre is something I’m really excited about.

“The added aspect of a bar downstairs will make this one of the coolest places in the and it’s been
great to work with Dean and Alan on bringing it to life – we’ve got a clear creative vision and we
hope the wider public will love it as much as we do.”

The bar serves drinks and bar snacks only, but a food delivery service is slated for launch in January, with more details to be revealed soon. Dean continued: “We can’t wait to share One Eight Six’s unique personality with Manchester.”

See the full article, over on Manchester’s Finest, below –